Here is a very special 1689 silver half crown with the busts of King William and Queen Mary. The coin is dated from the first year of their reign after the Glorious Revolution of 1688. The obverse features the conjoined busts of William and Mary, laureate and draped, with William at the front.

The edge is inscribed in raised letters

In the centre is superimposed a shield-shaped inescutcheon, also bearing a lion rampart, being the arms of Orange. 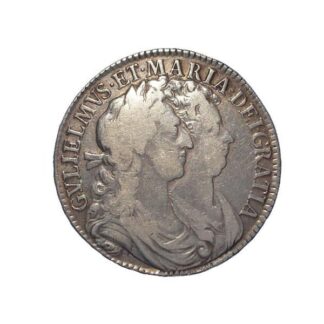